Another post-gone-blog. Here’s my thing. I have an issue with racism for reasons which may seem contradictory. First, I prefer to see humans in all their many colors, quirks, cultures, and variety – created as diverse as any part of creation and yet sharing some fundamental biological and neurological traits. I am also a realist and I know that, depending on where you live (to some extent) there is a varying degree of disparity in success, freedom to choose, and freedom to pursue dreams. Even if those dreams seem to be stereo-typical. I dream of the day when adjectives are not required and it is okay for a ______ to be really good at ______, or to love or wish to be _____. I sincerely believe humanity as a species is one and that we need to grow up and understand that from our most inner core. We will survive the challenges of this globe in no other way.

Here comes the second part. In order for me to be part of that change, I try to learn as much as I can about what it is like from the other side of the glass. I spent nearly nine months working for a PNW tribe. I loved the people, the land, the traditions, and the impossibly tight and complex relationships among a population that has lived in this country for thousands (not hundreds) of years. And yet, as much as I felt loved, respected, even occasionally honored in small ways, I was never really part of it. No matter how hard I tried, for many I was an outsider and would never be anything else. That leaves me asking that if two sides who are really trying to understand each other can’t, how are we going to get there?

I wrote a poem not long after Pulse. Part of that pain was that although I have experienced some occasionally life-threatening events in my life, it was still difficult to use my highly developed empathy to walk in some shoes. (Empathy, by the way, is sometimes a fine-tuned radar that sets off klaxon horns at the first sign of possible danger). I used to quip that to walk in another’s shoes for a foot or a mile, you had to first remove your own. That, apparently, is a hard thing to accomplish whichever side of the glass you occupy. I was never homeless, and although there were times when my mother and I scrounged around to find enough change for dinner, I didn’t go hungry. We went without – a lot. I lived through abuse from a number of sources. I was in my forties before I could sleep through the night. My life was openly threatened. And yet when I thought of the people dancing in celebration of freedom that night being shot down in rage – I could find no shoes to fit me well enough to walk with them.

I do not expect to walk up to a member of any race (or any minority for that matter) and say, “I feel your pain,” and expect to be received with open arms. I do wish to have conversations. Some folks say that a white person doesn’t have the right to say, “but such and such happened to me.” But I don’t see how we can communicate unless we start with the small threads of common experience. Sorry may not be nearly enough, but we have to start somewhere. My experience may not be nearly as traumatic as yours, but perhaps you can admit that I at least have a few words of the language you wish to speak. No, I’ve never been homeless or hungry; but I thoroughly understand how one bank fee, or the cost of buying something one thing at a time because you don’t have enough to do any different, can keep you in a prison of financial deprivation. This is an article I read this week about what it means to fight for financial freedom and how fragile a concept that is. Maybe reparations are not the answer in this country, I honestly don’t know. However, we do have to get real about what “fair share” means and how that should be reflected in our policies.

I remember getting wrapped up in an argument with someone of color who has a fiery, legal, mind. She was a friend on Facebook, and although I deleted my portion of the tread and stepped away, I did not block or unfriend. I retreated to a “respectful” distance because it became obvious that in my attempt to describe how I felt about something so that, perhaps, she might understand why someone else was taking a particular view, was not wanted. I felt that this was a case of, I wish to see from this perspective and none other, and she assumed that was where I was as well. So, how do we learn? How do we find common ground? If White Western Culture finally arrives at a place where the members understand the damage done during the long climb to prominence and begin to try to make amends – will that apology be accepted? What does it look like to say, “I’m sorry,” and mean it, communicate it, and receive at least an invitation to sit at the table and work things out?

I yearn to be an effective ally in so many challenges we face today. Yet, I’m not sure how to get there. I find it hard to share what I see with “white folks” because I’m not all that sure what I feel is acceptable to those under attack. Even if I get the message right, is the delivery viewed as posturing, not coming from enough depth of experience, or lacking in the right shade of conviction? Perhaps what we need is a return to Aesop’s Fables. Stories that depict common errors, goals, desires, and hurts so that, at last, we begin to share the pain in a productive way. Superheroes are not always white, nor do they always wear a uniform. Sometimes they just go to the beach and make salt. 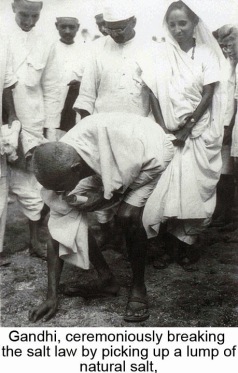 Filed under Humanties for the Unbound Mind